This doesn’t really have anything to do with Kandi per se, but felt compelled to share this so maybe the people who could be helped by this don’t end up like Kandi did.

A non-profit fundraising site for Classic Adult Stars struggling financially called The Golden Age Appreciation Fund had been set up at http://tgaafund.blogspot.com/. 100% of the donations will go to the stars in need. It is being ran by people with connections to the stars in need, and will make sure each star gets all funds donated to them as well as all encouraging messages provided along with donations.

Adult legend and fan favorite Kay Parker (who co-starred with Kandi in Kate and the Indians. Her IMDb and IAFD) is the first star that is being helped out by them. She has been having severe financial problems and had to leave her apartment after being unable to pay the rent and live with friends since she is essentially now homeless. Donations will go to securing Kay a new place to live.

So if Kay, or any of the other stars who this will benefit in the future have provided you with enjoyment over the years, please consider donating. Even if you can’t afford to donate much, every little bit helps.

Laurie Smith (her IMDb and IAFD) has commented on a post on the blog with her memories of Kandi. I thought I would share her comments on the main page. Thanks for your insight, Laurie.

Jim South of World Modeling Agency use to call her “Dandy Candy”she reminded me of Delta Burkes character in Designing Women. Immediately I thought Kandi Barbour….what ever happened to that vivacious,raven haired,big busted beauty..?
Now I know…so sad how models and actresses in that business haven’t been shown any kindnesses and financial gratuities as a thank you for all the gazillions of dollars they have made since legalizing sex on film combined with the Internet.
I worked with Kandi on many still and movie sets,I did her hair and make-up many times. Diana Hardy did find her first,then she sent her to my boyfriend Bob Veze,who shot her a few times,I did her make-up and hair for most of those shoots. Always energetic, funny,very animated & emotional but seemed troubled at times. Many girls got into this Bizz with self destruction in mind,insecurities and self loathing,desperate for many reasons…money,attention,love…..? So many lovely girls I’ve known and witnessed their destructions…now here’s another one.
Rest in Peace Kandi,
Your in my prayers……Laurie Smith

Today, February 15, is Kandi’s birthday. She would have been 55 years old. I decided I would make a post to remember her today on her birthday.

This post will deal with Kandi’s later years and death. Most of this information came from public court records from San Francisco courts. They can be found and read by anyone who searches her legal (UPDATE also birth) name at her death, Kandie Dotson.

As stated in the last post of this blog, after many years living in Hawaii, Kandi moved to San Francisco. According to one court case, she lived in a hotel in the San Francisco tenderloin district from May 1996 until January 2005. In November 2004, the owner took Kandi to court for being behind on paying her rent. Kandi was present in court for the proceedings that she needed to be. The court ruled in the owners favor for more than $2000 that was owed and she had to leave the property in early January 2005. She also apparently lived in another hotel about a mile away for a period of time afterwards.

The SF Medical Examiner and the SF Estate Investigators exhausted all available options trying to find Kandi’s next of kin. Through the process they found her birthplace was in Alabama and her parents names, but could find no further information or contact info for them. (UPDATE Kandi’s parents died many years prior; see “Who was Kandi Barbour really?”) Police questioned a man who was her boyfriend at the time her death, but he had no information to provide about her next of kin. A person named Lawrence Dotson lived with her at some point in the residence she had from 1996-2005. Due to the same surname, investigators believe he was related to Kandi somehow. Perhaps her son, as she was believed to have one. They were unable to locate him as well.

Interestingly, an attorney in Hawaii contacted the Medical Examiners office sometime after her death indicating he knew of Kandi under the name of Linda Gene Smith (aka Linda Jean Smith) as he represented a Laurence H. Dorcy and his estate (who had passed away prior to this in June 2011, google his name for some interesting reading) who sometimes helped Kandi out financially over the years. It appears that he might have left her $150,000. A shame she couldn’t have received these funds, it may have possibly saved her life.

There were reports online that Kandi was cremated and her ashes were to be scattered in the SF Bay after a one year hold period by the SF coroner’s office.

UPDATE January 24, 2014: According to new court records published after this post was originally made, a next of kin was located, apparently a cousin. UPDATE November 30, 2014 The $150,000 left to Kandi, after a lengthy investigation and court case to determine heirship, was distributed to several members of Kandi’s extended family.

If anyone knew Kandi and has further information or corrections, please feel free to comment.

After her death others claiming on the internet to know her and they went to school with her, claimed she was born Kandie Barbour in Alabama and during her junior high School years lived in Dothan, Alabama. Court records also indicated this info to be correct and that she was born February 15, 1959.

Here is the text written by Kandi’s classmates as well as a yearbook photo. 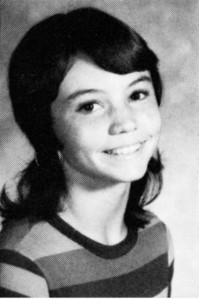 “I personally knew Kandie and was a classmate of hers. Kandie Barbour lived in Dothan, Alabama and was a student at Girard Junior High School from 1972-1974 (now known as Girard Middle School). I don’t know where she was born or where she went after she left Dothan. I do know that she was in the7th and 8th grades during the 72-73 and 73-74 school years. She was a very sweet and quiet girl. She did not appear to be any older than the other girls in her grade, so I doubt she was as old as is commonly believed. She was likely born in 1959-60. This is her picture from the 1973-74 Big Reb, which is the Girard Junior High School yearbook. I scanned it myself. Her name is listed as “Kandie Barbour.” I have been unable to find out anything about her parents other than the fact that they were much older and that Kandie had what was described as a “bad home life.”

“I grew up with Kandi. She went by the name Kandi Barbour all through Jr. High and High School. I don’t know where she was acutally born, but she grew up in Dothan, Alabama. She lived down the street from me with her alcoholic father. There was never a mother as long as I knew her. I think she was actually born in 1959 and would have graduated HS in 1978 but she dropped out when she was about 16 or 17 and left Dothan. I never knew about her life afterwards until many years later. RIP Kandi, I will always have fond memories of playing tennis and swimming with you at the Azalea Tennis and swimming club.”

While the two accounts of Kandi’s early life were similar, there were some differences. Perhaps Kandi’s month passed away or could’ve left if Kandi’s father was indeed an alcoholic. Could have Kandi after leaving Dothan, Alabama ended up in Shawnee Mission, Kansas and used the alias Linda Jean Smith (and apparently Linda Gene Smith as well)? (Update June 25, 2016) From what I’ve gathered, Kandi went to live with her mother in Atlanta after her stepfather died. She was still living in Atlanta at the time of her mothers death in 1978.

It would seem Kandi began posing nude for men’s magazines in 1978, at age 19. She began appearing in many publications, including Swank Magazine starting in early 1979. She was allegedly discovered by photographer Diana Hardy, who was credited as a photographer in some of her earliest shoots. Soon after she would also begin doing hardcore photoshoots, movies and loops. She did most of her work in California, but at one point lived and danced in New York as well. More info about her movie work can be found at the IMDb and IAFD.

From those who knew her in the porn industry, she was described as a sweet, well-meaning girl, but had deep insecurities about herself, despite her beautiful looks, and found flaws in her appearance. Others suspected she had mental illness issues and possibly issues with alcohol and drugs. By the mid 80’s, she had largely moved to Hawaii to dance and did so into the 90’s dancing a Club Hubba Hubba in Honolulu (read more here and here. It’s also believed she had a least one son (possibly a second one as well, it’s unclear). She would also sporadically feature dance at clubs across the united states during the mid to late 80s, including stints in NY and PA. She moved back to San Francisco in 1996 and lived there until her death 16 years later. More about her later years will be the subject of the next entry of this blog.

UPDATE November 30, 2014 Investigators spent quite a bit of time trying to locate the supposed son of Kandi’s, but could find no information of his existence.

If anyone knew Kandi and has further information or corrections, please feel free to comment. 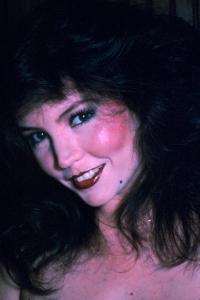 After many years of being out of the public eye, word of her death in January 2012 shocked and saddened many. Even more saddening was the fact she was also homeless at that time and no living relatives could be found to have funeral arrangements for her.

This blog is an attempt to provide a little more insight to Kandi and all of the things related to Kandi above and to correct erroneous info online about her. The info was gleaned from those who knew Kandi and public records detailing some of her later years .